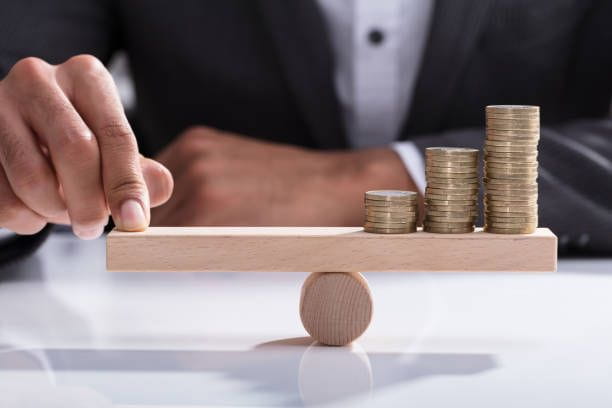 The Shock of War and Financial Stability

Thomas Krantz
Advisor to the Managing Director
WAIFC
In March 2022, the world is shocked by war. While the conduct and outcome of the conflict are unknown as to scope, time, and consequences, in just days, the macroeconomic impacts across the globe are already considerable.

The members of WAIFC promote the spectrum of financial services offered in their marketplaces. Whatever the directions of the markets and the volatility of their movements, our task in WAIFC is to collaborate with all actors to assure “financial stability.” In common with one another, we need the system to remain coherent and functioning. Payments must be made, credit allocated, liquidity provided, and risks managed – these are the chief tasks of businesses in financial centers.

WAIFC members would do well to participate in the public communications on how the institutions are operating in the urgency of this environment. Our permanent tasks are to support one another in building solid and efficient financial businesses for society.

No one can foresee the knock-on effects. But as of the writing of this opinion, the global financial system is holding, even as its stretches into a modified form. This news is worth broadcasting.

This opinion focuses on the work of central banks. They often have a particular role in macroeconomic oversight, and they alone have the power to create fiat money.

Many central banks responsible for macroeconomic oversight publicly advance the importance of financial stability as a public good; in many cases, it is part of their core mandate. Amongst them over the past half-century, the most influential proponent of the basic concept of operating a coherent, reliable financial system has been the German central bank, the Deutsche Bundesbank. Given the size of the German economy and its global commercial ties, its long memory of social destruction caused by devalued currencies, and the success of the reliable Deutsche mark as an anchor in national prosperity after World War II, the German central bankers had every reason to be vocal on this topic in global macroeconomic and financial policy debates.

Money is consequential for society, a sovereign power: when the Berlin Wall fell, and the possibility of German national reunification suddenly arose late in 1989 and early in 1990, the geopolitical “cost” to Germany included the eventual renunciation of the Deutsche mark in favor of joining in the preparations and launch of the EU’s common currency, the euro.

The creation of the euro in the 1990s was, probably, the best recent public lesson in what fiat currency is and how it ought to work. The young European Central Bank had to start from zero in establishing itself as a viable, independent central bank charged with launching new money: if the mark had to be given up in the name of a historic national purpose, its successor would have to be worthy of the even larger task of being a shared currency amongst many nations. Most observers would agree that the Deutsche Bundesbank more influenced the mandate and rules for the ECB than any single other source of input.

What is meant by the term in the context of the Deutsche Bundesbank, in its past and today, given its governance responsibilities and public policy role in the ECB?

Oversight means looking for risks: the distress of one or more market participants could endanger the functioning of the entire system. This may be the case when a distressed actor is very large or closely interlinked with other market participants. Interconnectedness may be a channel through which adverse developments are transmitted throughout the financial system. Many market participants are connected to each other, either through a direct contractual relationship or indirectly. Systemic risks can also arise if a large number of market participants are exposed to similar risks or risks that are closely correlated with one another, all at the same time.

The world’s Financial Stability Board (“FSB”) was established in April 2009 as the successor to the Financial Stability Forum (“FSF”). At their Pittsburgh Summit in September 2009, the Heads of State and Government of the G20 countries endorsed the FSB’s Charter, which set out the FSB’s objectives,mandate, and organizational structure. The FSB has since assumed a key role in orchestrating and promoting the reform of international financial regulation and supervision.

Over the next four years, elements of the FSB mandate were reinforced, including its role in standard-setting and promoting members’ implementation of agreed G20 and FSB commitments and business policy recommendations. On 28 January 2013, the FSB was established as a not-for-profit association in Basel, Switzerland.

The thought framework matters: the FSB’s predecessor institution, the FSF, was founded in 1999 by the G7 Finance Ministers and Central Bank Governors following recommendations by Hans Tietmeyer, President of the Deutsche Bundesbank. The objective was to establish new structures for enhancing cooperation among the various national and international supervisory bodies and international financial institutions so as to promote stability in the global financial system.

Membership of the FSF brought together:

In November 2008, months into the Global Financial Crisis, G20 Leaders called for the FSF to enlarge its membership and strengthen its effectiveness as a mechanism for national authorities, standard-setting bodies, and international financial institutions to address vulnerabilities.

Financial stability had become a global policy objective, with some powers of oversight.

Much strengthening of the world’s financial system’s “plumbing and wiring” has been undertaken since the Global Financial Crisis of 2008-2009, and that is ongoing work subject to formal, published reviews by G20 governments or their appointed bodies. The system held well during the exceptional volatility experienced in the first months of the Covid pandemic and these first weeks of military conflict.

War is the most terrible shock: as diplomats for their cities’ financial centers, perhaps one role WAIFC members can assume is the coordination of information with their national authorities, especially those charged with financial stability questions, and communication with the public. Confidence is a critical asset in this industry, and it is earned and kept by clear information.