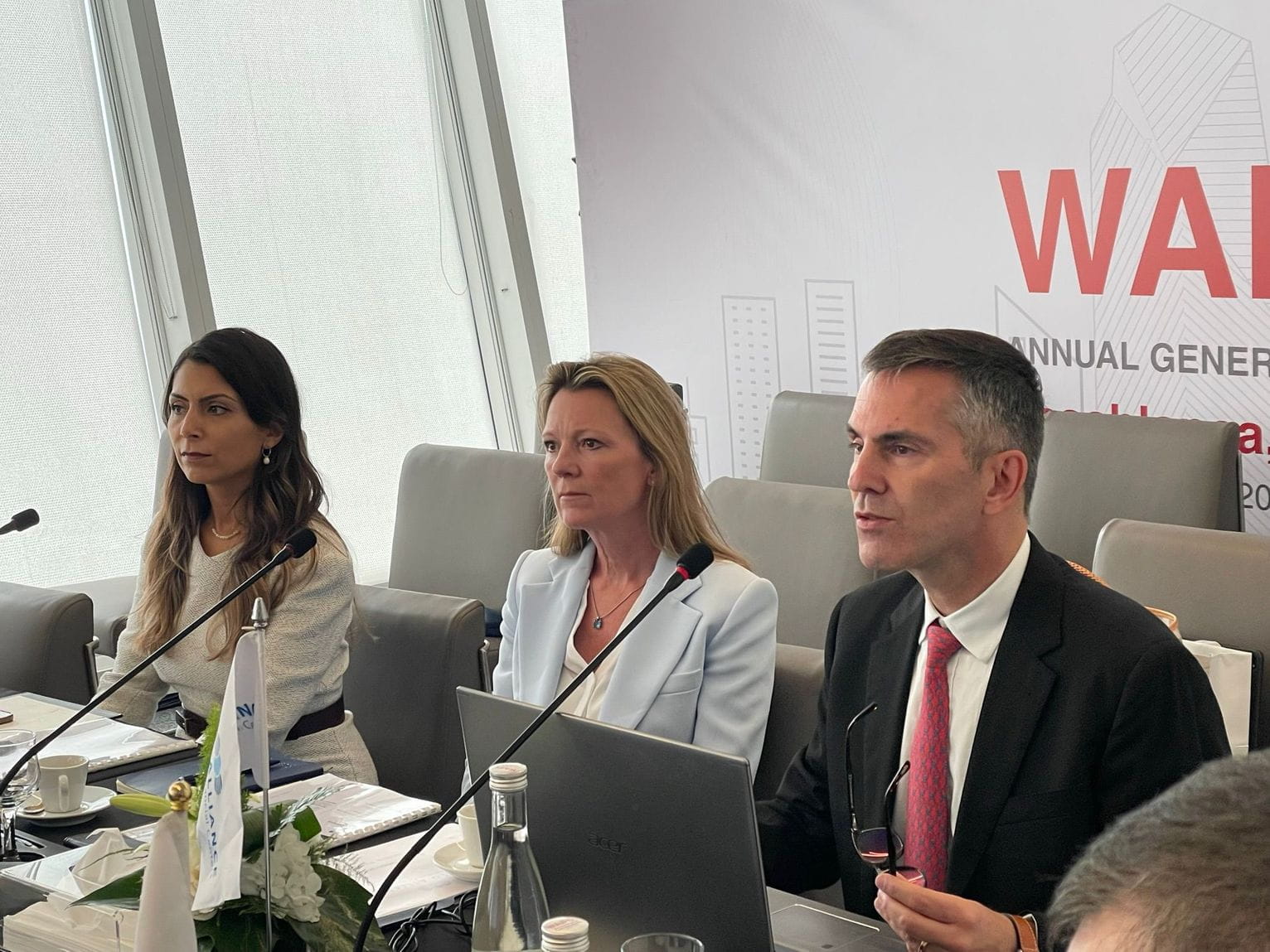 The World Alliance meets in Casablanca for its AGM 2022 and welcomes FinanceMalta and Jersey Finance as new members.

WAIFC members took part in the CFC Talks for discussing the role and future of financial centers. Furthermore, they participated in a series of roundtables covering sustainability, innovation & FinTech, institutional meetings, and in the Casablanca Sustainable Finance Dialogue.

The trip's climax was a trip to Rabat, where members met H.E. Mohcine Jazouli, the Minister of Investment of the Kingdom of Morocco, and learned more about the development of Morocco and the broader African economy (see here). Members highlighted their willingness to strengthen synergies with Morocco and Africa overall.

All participants thanked the outgoing Chair, Treasurer, and board members for their efforts and achievements in developing the association, with the new posts commencing January 2023. Finally, the board approved a new project on Supply Chain Finance, suggested by FinCity.Tokyo.

Also concluding at the AGM was the inaugural WAIFC Young Academic Award 2022, seeking new perspectives from the next generation of researchers. After receiving 49 applications from 26 countries and 45 academic institutions, leaders from financial centers judged that the winner of this cohort was Tristan Caballero-Montes from Belgium, with his paper - “Integrating Market Conditions into Regulatory Decisions on Microfinance Interest Rates: Does Competition Matter?”

Second place were Harshini Moonisamy from Mauritius and Paul Momtaz from Germany, and third place was Victor Saint-Jean from France. Harshini also won the WAIFC social media award. Please read about the finalists and their papers here. You can find some impressions of the award ceremony here.

Members expressed their gratitude to CFC for their hospitality and commended the foresight of the government of Morocco in developing CFC, given that Casablanca will be amongst the leading African financial centers that shall see growth over the coming decades.

The next meeting of members will be in London mid of April, by invitation of TheCityUK.

Commenting on the AGM, Jennifer Reynolds, Chair of the WAIFC Board of Directors, stated:

“After leading our members for the past two years, I am left believing that only through collaboration and cooperation with bodies such as WAIFC will we be able to address the big questions facing society today. I thank all members for the work they take on outside of their normal activities to strengthen international cooperation between financial centers and exchanging ideas that help economies prosper.”

“CFC was honored to host the WAIFC AGM in Africa and showcasing the development and contribution the centre has been making to serve Casablanca, Morocco and the wider African economy. We thank all members for the ideas we exchanged during this AGM and hope to see them back soon in 2023.”

“We thank CFC for their hospitality and eventful agenda which supported the development of our strategy for 2023. Projects undertaken by our members concluded at CFC such as the Young Academic Award, other projects continue to be discussed such as the Future of Financial Centers. It is a testament to the increasing contributions and collaboration of our members that enables us to come together to provide a platform that can drive sustainable growth for our members and define the role financial centers can play towards their economies.”